Are you owed overtime pay?

It is very common for employers to intentionally or accidentally fail to pay employees overtime to which they are legally entitled.  A federal law called the Fair Labor Standards Act ("FLSA") requires that non-exempt employees (which includes hourly and in many instances even salaried employees) be paid time and a half their regular rate of pay for all hours worked over 40 in a work week.  While there are employers who simply refuse to pay their employees overtime, there are also well-meaning employers who simply have trouble complying with what can sometimes be a complicated law.  Either way, if you think were entitled to be paid overtime and did not receive it, please contact an attorney for a free consultation.

What can I recover in a case for unpaid overtime?

In addition to the amount of unpaid overtime wages, you may also be entitled to the recovery of double (liquidated) damages.  The FLSA also says that if you prevail, the employer who violated the law must pay your reasonable attorneys' fees.  Do not let the idea of paying an attorney keep you from asserting your rights to unpaid overtime.  This firm charges you nothing in an unpaid overtime case unless you recover money.  And even then, depending on the specific facts of your case, it is not uncommon for a client to recover their unpaid wages and get their attorneys' fees paid by the employer who violated the FLSA. 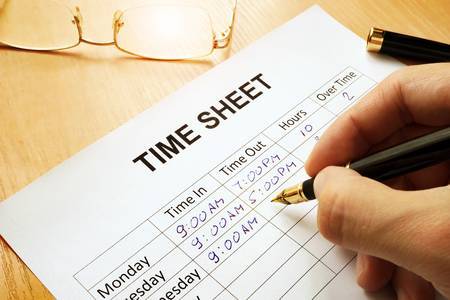 What are some common cases in which employees are not paid overtime?

Many people think that if they are paid a salary instead of an hourly wage, they are automatically not entitled to (in other words, exempt from) overtime.  This is incorrect.  Determining whether someone is entitled to overtime pay involves a consideration of several factors including how someone is paid (salaried v. hourly) and the actual job duties that the employee is performing.  Although there are exemptions that make someone ineligible for overtime pay, those exemptions are narrow and it is the employer's burden to prove that an employee is exempt.  Here are some of the most common cases I see where employees are not paid overtime:

If you think you were misclassified as an ‘independent contractor,” speak directly to an attorney for a free consultation

Your employer may wrongly classify you as “exempt” from overtime pay and pay you a salary without additional compensation when you work more than 40 hours per week even though the actual type of work you do would require that you are non-exempt (entitled to overtime).  For example, I commonly see cases where an employee was being paid on an hourly basis and the employer then "promotes" them into a salaried position and title even though the employee's job duties continue to be exactly the same.  If that sounds familiar, and you have worked in excess of 40 hours in a workweek, you may have a claim for unpaid overtime. A job title does not determine whether you are eligible for overtime pay.  The focus is on the actual work you're doing.

Whether you're physically working at your place of employment or working from home, if you are doing work for the benefit of your employer, you are entitled to compensation.  You must be paid for all hours worked even if that means getting paid for e-mails sent during non-working hours.  Another tactic employers use is asking you to do tasks prior to the start of your shift, during break time, after clocking out, or at home.  Under the FLSA, this is time you should be be paid.  It is your employer's responsibility to track all of your actual work time.  If you worked hours "off the clock," speak to an attorney about recovering pay for those hours.

Although there are exemptions making some salespeople exempt from overtime, the fact that you are paid through commissions does not mean you are exempt from recovering overtime pay. The exemptions from overtime dealing with commissioned retail employees and/or outside salespeople are technical and employers are not always able to meet the requirements each pay period.  Do not assume you are ineligible for overtime just because you are paid on a commission basis or are involved in sales.

If you are working, you must be paid.  Many employers violate the FLSA by automatically deducting 30 minutes or an hour from an employee's total hours even though the employee may not have actually taken a meal break or took a shorter meal break than reflected in the employee's pay.  If you have not been paid for all hours worked, talk to an attorney.

Similarly, if an employer clocks you out for 30-minutes in an effort to reflect in its records that you were on a meal break—but you were actually continuing to work throughout that period or took, for example, only 5-10 minutes off before resuming working—you may have been shorted unpaid overtime wages for any week in which you worked over 40 hours.

Knowing whether you have a good claim for unpaid overtime or wages can be difficult if you are not familiar with federal wage and hour laws.  You deserve to be compensated properly for every hour you work.  If you have a potential overtime claim or just have questions, please contact Harris Nizel by calling or filling out the contact form.

Thank you for contacting us. We will get back to you quickly!

Please complete all required fields below.

Let’s work together. Take the first step and contact us today to schedule a free consultation. We work with clients in South Florida and throughout the state. We embrace technology and keep our overhead low to focus on what matters: the client. If you share our values, we’d love to hear from you.